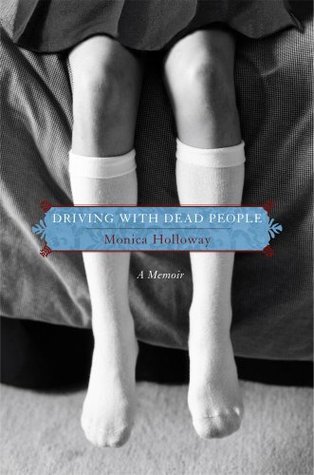 Synopsis: Small wonder that, at nine years old, Monica Holloway develops a fascination with the local funeral home. With a father who drives his Ford pickup with a Kodak movie camera sitting shotgun just in case he sees an accident, and whose home movies feature more footage of disasters than of his children, Monica is primed to become a morbid child.Yet in spite of her father’s bouts of violence and abuse, her mother’s selfishness and prim denial, and her siblings’ personal battles and betrayals, Monica never succumbs to despair. Instead, she forges her own way, thriving at school and becoming fast friends with Julie Kilner, whose father is the town mortician.

She and Julie prefer the casket showroom, where they take turns lying in their favorite coffins, to the parks and grassy backyards in her hometown of Elk Grove, Ohio. In time, Monica and Julie get a job driving the company hearse to pick up bodies at the airport, yet even Monica’s growing independence can’t protect her from her parents’ irresponsibility, and from the feeling that she simply does not deserve to be safe. Little does she know, as she finally strikes out on her own, that her parents’ biggest betrayal has yet to be revealed.

Throughout this remarkable memoir of her dysfunctional, eccentric, and wholly unforgettable family, Monica Holloway’s prose shines with humor, clear-eyed grace, and an uncommon sense of resilience. “Driving with Dead People” is an extraordinary real-life tale with a wonderfully observant and resourceful heroine.

I imagined all the ghosts of all the people Dave had buried traipsing through the house, and prayed Julie’s louvered door was strong enough to keep them out.