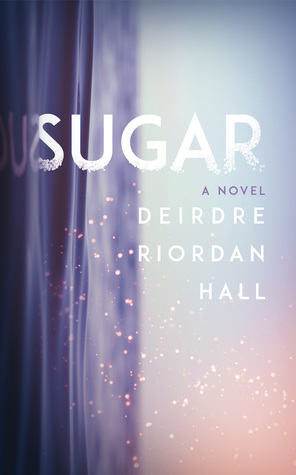 Synopsis: Sugar Legowski-Gracia wasn’t always fat, but fat is what she is now at age seventeen. Not as fat as her mama, who is so big she hasn’t gotten out of bed in months. Not as heavy as her brother, Skunk, who has more meanness in him than fat, which is saying something. But she’s large enough to be the object of ridicule wherever she is: at the grocery store, walking down the street, at school. Sugar’s life is dictated by taking care of Mama in their run-down home—cooking, shopping, and, well, eating. A lot of eating, which Sugar hates as much as she loves.

When Sugar meets Even (not Evan—his nearly illiterate father misspelled his name on the birth certificate), she has the new experience of someone seeing her and not her body. As their unlikely friendship builds, Sugar allows herself to think about the future for the first time, a future not weighed down by her body or her mother.

Soon Sugar will have to decide whether to become the girl that Even helps her see within herself or to sink into the darkness of the skin-deep role her family and her life have created for her.

My Thoughts: I know at times I can be self deprecating, but when I do so, it’s for comedic effect. When Sugar does it, I’m like, girl, you are bringing me down! It’s so sad that we live in a world where it’s not okay for anyone, not matter what body type, can feel good about themselves. Sugar could never even THINK to feel good about herself because there was always someone ready and willing around the corner, to bring her down.

At first I felt as if Sugar only wanted to lose weight and get healthier because of a boy. An example that I remember is when she was saying how Even loved her smile, and she didn’t want to have yellow teeth so she stopped drinking soda, because the type of soda she was always drinking, could badly stain your teeth. Sugar didn’t stop drinking soda because she cared about her health, she did it because he liked something about her, and she wanted that thing to be perfect. She always talked about hating the fact that she was fat, but she didn’t do anything about it until she started hanging out with Even. But, after I continued reading I realized that it wasn’t like that at all (Well…maybe just a little), that being with Even took her mind off of binging, and she was more active with him. For example, she started leaving her car at home, and walking to and from school with him. A big reason why Sugar ate so much…sugar, was because she used eating as a coping mechanism. So, when she was with Even, there was no need to eat the pain away because she had Even to take her mind off of all of the bullying from school, and at home.

Even stole my heart, he is such a sweetie. From the beginning, I had the feeling that he wanted him a little Sugar 😉 I know, I hate how in MOST books, the girl always NEEDS that guy, but in this instance, I think that Even is EXACTLY what Sugar needed. Even made her see that she was worth it, she shouldn’t listen to what others said about her, and she should want to be healthy, and lose weight for herself. What happens with him crushed me, I knew something was gonna go down, because in my opinion, he was too good to be true, but I didn’t expect THAT to happen! Oh well, I’ll get over it…Someday…

Sugars Mom, and her brother Skunk, are the two of the worst people in the WHOLE ENTIRE WORLD! I swear, if I had to deal with them everyday, I would be in JAIL! They are the biggest bullies out of everyone in the book! How dare they treat her the way that they did. At times I was hoping that she would finally go off, and roll her mom out of the bed, and slap her a couple of times. (Ohh wishful thinking!)

It was nice reading a book about someone so different from the cliche characters in every other YA book. Sugar, was a breath of fresh air. I gave this book 4 Stars. Even though I didn’t give this book 5 stars, it’s still well worth the read. READ IT! 😀