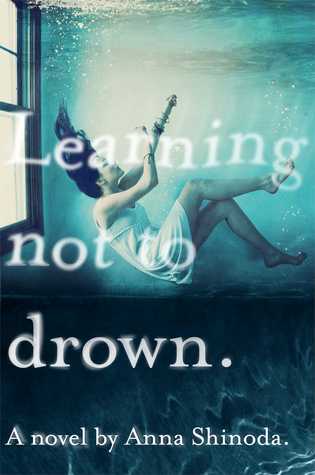 Book:  Learning Not To Drown.

Synopsis:  (From The Book.)  There is a pecking order to every family. Seventeen-year old Clare is the overprotected baby; Peter is the typical, rebellious middle child; and Luke is the oldest, the can’t-do-wrong favorite. To their mother, they are a normal, happy family.

To Clare, they are a family on the verge of disaster. Clare: the ambitious striver; Peter: the angry ticking time bomb; and Luke: a drug-addicted convicted felon who has been in and out of jail for as long as Clare can remember—and who has always been bailed out by their parents.
Clare loves Luke, but life as his sister hasn’t been easy. And when he comes home (again), she wants to believe this time will be different (again). Yet when the truths behind his arrests begin to surface, everything Clare knows is shaken to its core. And then Luke is arrested. Again.
Except this time is different, because Clare’s mom does the unthinkable on Luke’s behalf, and Clare has to decide whether turning her back on family is a selfish act…or the only way to keep from drowning along with them.

My Thoughts:  I think this might be the first book in a long time that made me VERY frustrated. Don’t get me wrong, I do like the book, the family is just driving me crazy! I actually had to stop reading just so I could write some things down.

(Thoughts before I finished) Clare’s mom is totally delusional. I cannot tell you how many times I wanted to scream at her while reading this book..I mean really, What is wrong with this woman?  You have three kids, not just one! It’s like she has an on and off switch that is flipped every time Luke comes and goes. She is a heartless, controlling bitch when he is gone but as soon as he comes waltzing back home she is a totally different person. She reminds me of a 1950’s sitcom mom, who has her head in the clouds and believes the world is peaceful, and nothing bad can happen.

The worst kid is the one she wants to please the most. Luke causes drama, runs off for months, (or is thrown in jail) and when he comes back its like nothing ever happened. The boy cannot stay out of jail, but Luke can do no wrong in her mental little world. He is a creep and she acts as if he’s God. In her mind everything someone accuses him of is a lie and he can never do anything wrong. Meanwhile Clare can do nothing right.

The boy is no good. He is a manipulating, drug abusing, sexual predator, who needs to be locked up for good. He easily gets into his sister’s head and makes her think he is the best person ever, when in reality he is just a crazy, mentally abusive monster, just like their mom.

If I was Clare and Peter I would have been gone a long time ago. I would have left and never came back.  And yes, Peter isn’t all there either but how can he be when he was “Blessed” with such great parents (HAH!) The mom is crazy and her dad is just as messed up. All he cares about are dead animals. It seems like when all the drama is going on he’s nowhere to be found or has nothing to say, but  when he feels the need to put his two sense in, nothing but stupidity and pure shame comes out of his mouth. At first I thought he didn’t want to be any part of the madness but in reality, he is as delusional as his wife! I was hoping he’d be the “normal” parent. I guess that was just wishful thinking.

Clare needs to open her eyes and realize that just because you don’t want to believe something, it doesn’t mean it’s not there. There were so many times she caught Luke red handed, but she still didn’t want to believe he was a thief. I mean come on now, she caught him with her purse, and she even knew that he stole from his own grandma! Get with it girl.

(Thoughts after I finished) Another thing that kind of bothered me was the whole Skeleton part.  At first she barely mentioned him, then all of the sudden he was always there. I guess I just think there should have been more information about him. Maybe I missed it when she mentioned when he first appeared. I thought that maybe the Skeleton was a metaphor. but no, she could actually see him.  Like she was seeing a ghost. Clare also mentioned that she saw her moms Skeleton, when she went back to help her grandma.  I don’t think it should have been included because it did nothing for the story. It kind of gave the story a paranormal vibe that didn’t fit well.

Anyways, sorry for the rant. I just had to get it off of my chest. Like I already said, I enjoyed this book, even though at times I thought I was going to scream. I give this book 4 Stars.